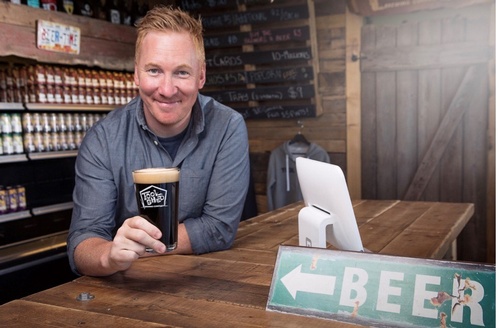 The GPRC is hosting a networking event, with the intention of creating connections with Acheson businesses and the surrounding greater Parkland region. Additionally, the goal of this event is to get some of the hundreds of businesses in Acheson together in a room to network, collaborate, and connect with not just each other, but other businesses in Parkland County, Spruce Grove, and Stony Plain who they may be able to work together with.  Acheson has so much to offer and the potential for symbiotic relationships to bud is tremendous.  When one Acheson business succeeds, we want others to succeed as well, and a ripple effect to be felt across the Parkland region with partnerships and collaborations.

Graham Sherman and his business partner, Jeff Orr, are two ?high level geeks? who met in Afghanistan in 2007. At that time they were working on contracts for the Canadian and US government and military, installing encrypted, tactical communication networks.

By day, they rolled around the war zone in armoured vehicles, geeking out in the world of satellite communications. By night, they aimed their obsessive, high level geekery at mastering coffee, competitive BBQ, controlling their respective homes back in Calgary with their iPhones?.and finally, with mastering the craft of brewing artisan beer.

Now, only four years after the very first batched brewed in Graham's backyard, Tool Shed Brewing Company has a new 15,000 square foot home in Calgary with beers being sold in over 1000 locations across Western Canada, and has been nominated as Canadian Entrepreneur of the year. The team were also named as co-winners of the ?40 Under 40? recognition from Avenue magazine.

Graham and Jeff's meteoric rise in the beer industry is due to a level of authentic, infectious passion rarely witnessed in any industry combined with an incredibly unique approach to the social media world we live in.

The moment you hear their story you understand that simply drinking a Tool Shed beer represents an appreciation of the grassroots struggle of quitting your job and going after your dreams AT ALL COSTS!

We will follow whatever the current and up to date laws are for Alberta (https://www.alberta.ca/covid-19-public-health-actions.aspx), and we will follow the rules that any establishment we are using is following. Many establishments are currently following the Restrictions Exemption Program, which you can learn about from the Alberta government website here: https://www.alberta.ca/covid-19-public-health-actions.aspx#REP